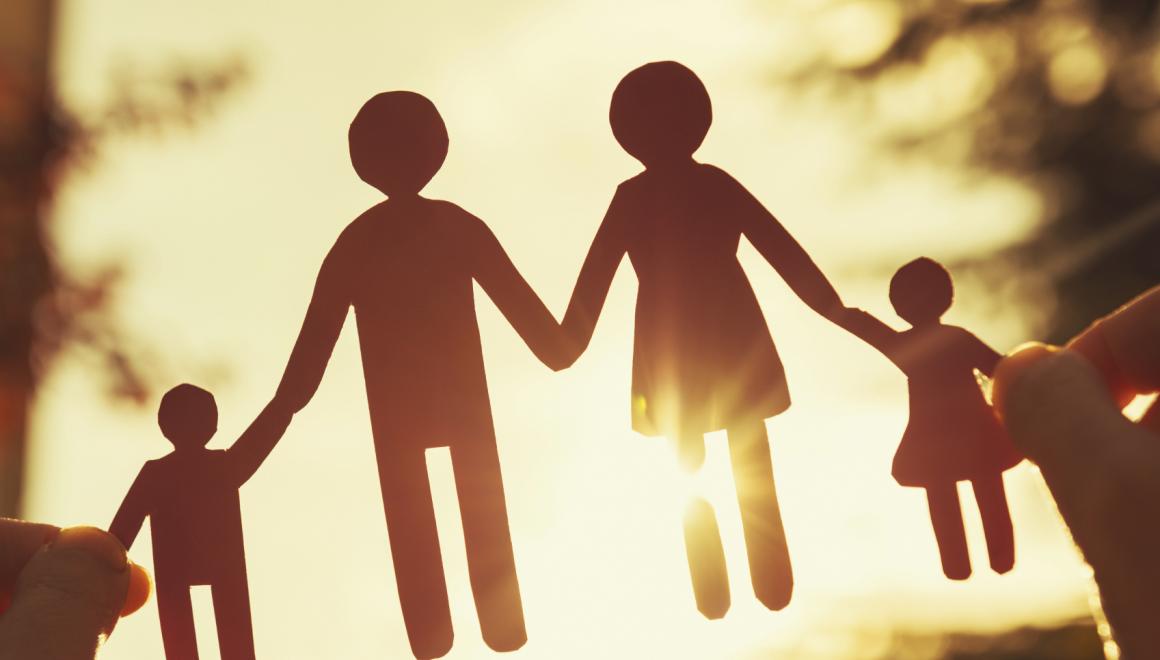 There was a breaking news flash the other day about yet another school shooting, this time at the Central Michigan University. As it came across my screen, I continued with my daily activities, as if this were a normal occurrence. Sadly, it has become a commonplace event in America. We only differentiate our responses based on the numbers – the age of the victims and total casualties.

This time only 2 people were fatally shot, actually the parents of the 19-year-old perpetrator who had been acting very strangely a day earlier causing the campus police to hospitalize him for suspected drug abuse. This event came on the heels of the high school mass shooting on February 14, 2018 in Parkland, FL, where 17 people were killed of which 14 were teens. The 19-year-old shooter had also suffered from mental issues and in late 2016 he had started cutting himself, ingesting gasoline and attempting suicide. However, counselors did not deem him to be at risk as he was on a treatment plan of medications and counseling for ADHD, OCD, depression and autism. It was noted that his mother’s support had a stabilizing effect on him, which he tragically lost with her death in November 2017. Being orphaned and homeless all at once must have taken a terrible toll on his compromised mental state and started his final descent into darkness. Records show that he had been a troubled teenager, but also that his problems had emerged when he was only three years old. But by now, his mental state had been declining over the course of the past 5 years even though – or potentially because of – being medicated.

Usually after these mass shootings, there is a brief period of national mourning with the emotional outcries by the public and the media. Politicians express their sorrow and some promises, while the scrutiny on the NRA intensifies. Heated debates over the Second Amendment ensue, focusing on greater background checks and the implementation of better safeguards so this ‘may never happen again’. The proponents of our Constitution insist that it is their right to bear arms, as the NRA supports them while continuing to make significant contributions to our politicians on behalf of their campaigns, thus influencing their decisions. It is inevitable to blame guns for these deaths. That is the very intent of weapons – to protect the user by killing or maiming the opponent or perceived threat. However, in the last 10 shootings, six used an AR-15 style semi-automatic assault weapons killing indiscriminately with little accuracy necessary, which explains the increasing numbers of the victims. The obvious correlation between the number of causalities and the kinds of weapons used in these attacks would justify the question why people should ever be able to purchase them, yet it comes up rarely. Inevitably, the energy of the debates dies, and life gets back to normal – for those unaffected of course – until it happens anew.

There is one aspect though that evades attention every time and that is the role Big Pharma plays in manufacturing psychiatric drugs and their effect on the killers’ state of mind. It must be noted that most of the mass murderers were prescribed one or more psychotropic drugs, which does not mean that all patients using these drugs have the potential of becoming mass murderers. However, as the number of people being treated with them increases so does the potential of future violence! Statistics indicate that the use of psychotropic drugs by adult Americans has increased by 22% from 2001 to 2010 with 1 in every 5 adults now taking at least one prescription. However, there is evidence indicating that patients are being prescribed multiple medications concurrently. Although lacking sufficient data as to their efficacy, they are often prescribed by primary-care physicians as an anti-depressant or anti-anxiety treatment without disclosing their very significant side-effects. They range from mania, insomnia, anxiety, agitation, confusion, hallucinations, paranoia, delirium, psychosis, depression, to suicidal and homicidal ideation. Just think of the vast scope and severity of these adverse reactions! If patients were made aware, I believe they would choose alternate options, but the drug industry does not promote greater knowledge or awareness thereof.

There has also been a greater prevalence of prescribing anti-depressants to kids and teens, in fact it has been reported in 2009 that there were 2.5 million children who were taking such drugs as Paxil and Zoloft. This study also states that a quarter of those children become dangerously violent and/or suicidal. The other prescription of choice to children is Ritalin given for ADHD, often in combination with anti-depressants. Ritalin is “structurally related to amphetamines…Its pharmacological properties are essentially the same…”, “the only clear difference is legality”. The combination of these two drugs causes seizures and cardiovascular symptoms amongst others. Ritalin on its own is responsible for such horrendous side effects as hallucinations, psychosis, mania, agitation, aggressiveness, convulsions, brain damage and more. Again, if this were known, would you allow your child to take these medications? They are being over-prescribed due to the rise of depression in teenagers. As a matter of fact, depression has increased by 33 percent, suicide attempts by 23 percent and suicides by 31 percent in the years between 2010 and 2015, coinciding with the increased use of smartphones. According to the Pew Research Center, in late 2012 more than 50 percent of teens owned a smartphone, and by 2015 it rose to about 73 percent. Those are also the years when the rise in teenage depression occurred. Is it a coincidence? Studies show that the longer teenagers spend online, with a minimum of two hours being a bench factor, the greater the increase in depression and suicidal thoughts. The more time spent in cyber reality increases loneliness, isolation and separation leading to depression. The cause is the loss of the physical touch and personal connection to friends and family – from time actually spent together. This is not only true for kids and teens, but adults in equal measure. Social media intended to connect us more than ever before, but when a life is lived only within its parameters, there is a profound disconnect followed by loneliness. More time in cyber space leads to unhappiness and not the other way around. There is nothing new about loneliness and depression, just that it is on the rise reaching epidemic levels and being treated with a flood of new and improved drugs. Add to that picture the easy access to high-powered semi-automatic assault weapons and you have a perfect storm. It’s really not a question if there is going to be another mass shooting, just when and where it will happen next.

Going back to the onset of these mass shootings starting in 1982, there was no social media, but the use of psychiatric drugs had already started its steady incline. Hence, there were also fewer occurrences. From 1982 to 2006, there were 39 across the US with three people killed being the minimum number to be considered a mass shooting. In contrast, there were 58 of those occurring since 2006, with 2012 having 7 shootings alone. As the numbers of shootings increased, so did the number of prescriptions for psychotropic drugs. As a matter of fact, by 1996, they were used in 77 percent of mental health treatments and has only been growing since. In 1987 only $2.8 billion was spent on such drugs, but by 2001 it had grown to an estimated $18 billion. Giving a nation on drugs an easier access to more effective and deadlier weapons would seem to be irresponsible, but that’s what it is. A true American tragedy!

Changes in our societal living have resulted in an epidemic of loneliness and a sense of isolation, which are triggering points for depression and anxiety disorders. People of all ages need to live in a community, connect face to face with others and exchange their thoughts and feelings. An essential part of the human experience is to be socially connected. However, in this age of pseudo-connectedness, we lose the human element. Consequently, health care providers and psychiatrists prescribe all too easily the quick fixes – ‘take a pill or two and you’ll be feeling better in the morning’ approach. Suddenly there are greater occurrences of strange and un-characteristic behaviors of violent suicidal and/or homicidal ideation, which nobody can understand. Case in point is the mass shooter from Las Vegas, where it seemed impossible to determine a motive. He was in his fifties and had never shown any signs or committed any violent acts but had been taking anti-depressants. In many other cases, the sudden onset of violent behavior came as a total shock to those around them. And these events don’t only happen on a big scale, but also with the loss of but a few lives. Take for example the murders of 5 children by their mother in Houston, Texas in 2001 who had been suffering and been treated for severe post-partum depression. In November 2005, Wyeth Pharmaceuticals, the manufacturer of Effexor, which she had been on, discreetly added “homicidal ideation to the drug’s list of rare adverse side effects.

Again, it is perplexing that the Pharmaceutical industry’s involvement in this new American phenomenon is rarely mentioned. Why doesn’t anybody notice or address this obvious connection. The reason is money – the Pharmaceutical industries outspend by far any other industry in their lobbying efforts. In fact, they spend a whopping $2.5 billion on lobbying politicians and funding members in Congress for the sole purpose of influencing their policies. Hence, America is plagued by a psychiatric and opioid drug epidemic, which results in the deaths of victims caused by overdoses, suicides, homicides and even mass shootings.

Considering that both the NRA and Big Pharma are major contributors in lobbying politicians, it can be deduced that there is no point in turning to our government for help. The solution will have to come from the bottom-up and from within. Greater knowledge of the potentially hazardous nature of these psychiatric drugs is a first step. We have become increasingly aware of the quality of our food, so why don’t we apply that same vigilance to the medications we are taking? Quick fixes just mask the underlying causes and won’t improve their condition in the long run. A daily practice of meditation will help us to establish a deeper connection to our higher self, our very essence, and provide feelings of calm and peace. Multiple studies have shown their effectiveness in our physical and mental health from lowering high blood pressure to relieving anxiety. It should be introduced in schools as well. Children respond well, calm down faster and learn to focus better, and it is non-denominational. It requires what we have little of – time. However, it is a far safer alternative to actually healing our health issues.

And then, there is the need for real human connection. Get together with friends for coffee, lunch or dinner. Talk and listen to them. Throw a dinner party, help a neighbor or ask for help. Listen to music, sing, dance and above all laugh. Laughter will raise your vibrations. Reach out and touch someone. Hugs and holding hands have a healing effect. Make it a daily habit of eating at least one meal with your family. Every relationship needs to be nurtured, even the one with yourself. Most definitely, reduce the time spent on the web and social media. Heal yourself first so you can have a healing effect on others. By doing that, you will feel safer and more protected, more loved and loving. It will take time, but the results will be well worth it.

Last not least, join or start a grassroots movement banning the sale of semi-automatic assault weapons and to restrict the indiscriminate prescription of dangerous mind-altering drugs. A movement by the people for the people has the power to make America safer again.

About the author:
Marina Shakour Haber is an author and speaker whose life’s purpose is to open people’s minds to the untapped wealth and abundance waiting to be discovered when they break away from restricting beliefs. She wrote Dream a Better Dream to help people transform the negativity of society into one of hope and new potential.
www.1gm.722.myftpupload.com;